Ready for Your First Surprise?

CONGRATULATIONS! You;re getting a FREE COPY of one my most downloaded exercise programs... 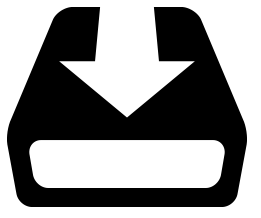 Simply RIGHT CLICK on the  large download link below.  Depending on your browser, choose:   ‘Save Target As…’ , ‘Save Link As…’ or  ‘Download Linked File As…’.  You can then save your free report on your computer.

How to Use Your Iso-Kata for New Years Fitness Success!

Tanren means to forge one's spirit - this is an exercise in endurance and will power. This is a 20 week program that will make your body as strong and beautiful as a Japanese Sword. I cover Tanren in greater detail in Samurai Strength Vol.2 Tanren Conditioning; however, I'll give you a sneak peak now so you can fully appreciate this program.

Tanren is a term used to describe a process of forging and tempering metal within the formation of Japanese swords. It is the transformation of the metal's structure through a process of repeated hammering of the steel. It is tiring process, one that is ingrained with deep spirituality and relentless determination. In the dojo, the training hall in which we practice the martial arts and seek the perfection of our character, we also have tanren, a conditioning of the mind and spirit.

It is said, that the sword of a samurai is the essence of their soul and as such it is worth looking at the construction of a Japanese blade and see the parallels between the construction of its lethal beauty and the development of a person's strength of body and mind.

The Construction of a Sword

Traditionally Japanese smiths use a steel known as Tamahagane (玉鋼), produced from iron-rich sand. This sand is smelted and broken down into iron ore and slag through a clay and brick smelter known as a tatara. This construct fires the steel, the smith watches the flames colours to assess the heat and they watch intently over many hours. Eventually the smith will deem the time to be sufficient and they'll destroy the furnace revealing chunks of iron.

The smith will then assess these chunks and decide which shall become a blade. In some ways, the rigorous training in the dojo also sorts through the students that first venture towards mastery of the sword and decides who shall become a capable swordsman and stick the training and those who choose to walk away.

This smelting process was a revolutionary process back in the day - however - it didn't produce perfect steel. In fact there was a great deal of impurity in the tamahagane steel produced and it is filled with the uneven dispersal of carbon (the vital ingredient necessary to turn iron to steel). The ancient Japanese smiths though developed a profound and highly skilled method for beating out these weaknesses - they folded the blade.

This was often done between the master smith and his apprentices and required precise timing between all three. The master smith would chisel a groove in the steel, it would then be folded over and the three would take their hammers and beat the steel into one piece. A line would be chiseled, it would be folded over and hammered again and again...

Folding the blade not only works out slag and impurities in the metal, it also evens out the carbon throughout the steel. With experienced a smith can control the quality of the steel with great accuracy using these methods.

In training, keiko, we have similar process. Students, new and old are put through rigorous repetition of basic movements, known as kihon. In this Isometric Kata, I shall teach you many of the kihon that the samurai and the modern students of their art used to temper their bodies, sweat streaming down their tight toned limbs, purifying body and organs of toxins. The fierce nature of the training and repetition frees the mind and asks the spirit to call a fatiguing body to greater work. This develops a mind of pure unrelenting focus and determination, one that we shall talk about in greater detail if you read my books or become a coaching client.

Each time the block of steel is hammered out and folded back, layers are formed. By folding only fourteen times, over 16,000 layers are produced. These layers produce jihada or patterns like fingerprint swirls or wood grain in the metal, a unique beauty of the Japanese blade and one of the features for which they receive great acclaim. Below you'll see an example of that jihada grain pattern on one of my swords. 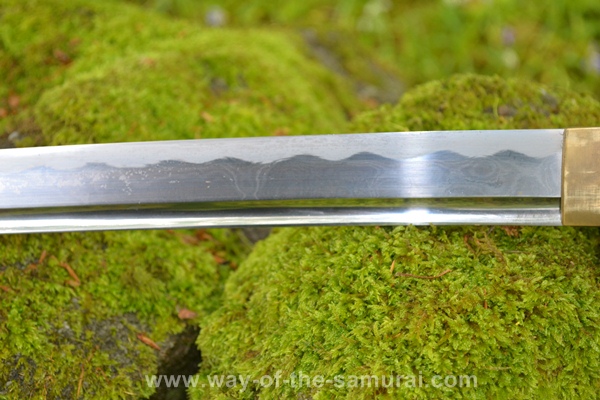 In the same way those students of the koryu bujutsu (the old martial ways of the Japan) who have endured the initial conditioning, then move to a more personalized level of instruction, each student being guided according to their specific needs moving deeper into the more obscure levels of understanding, producing their own unique interpretation of the forms.

When the blade is finished, the jihada is visible in the ji, the surface between the edge and ridge-line. The smith can choose specific jihada, such as masame (a straight grain parallel to  the edge) or ayasugi (concentrically curved grain), by adjusting the direction in which he folds the steel. By folding the block can be folded repeatedly in the same direction, in alternate directions, or crosswise, the talented smith can create art in lethality and create a different pattern or grain in the blade.

This process became the stuff of legend - with many claiming this would be repeated hundreds of times - that simply wasn't the case. Even today some katana are advertised of having 30 folds of steel. This is pure non-sense and fiction. Typically the average Japanese sword has between 13-15 folds creating a steel bar with a carbon content of 0.7% - the ideal amount of carbon for a Japanese blade.

Before foundation forging of the tamahagane the steel has an average carbon content of 1.4%. During the first stage of forging it may have lose up to 0.3 % of its carbon, reducing the steel's carbon content down to 1.1%. With each fold hammered in it will further decrease carbon content by 0.03%. As such, to achieve the structural ideal of a 0.7% carbon content, a smith could only fold the steel a limited number of times....around 13 folds. 🙂

In the same way, overtraining must be avoided, there is little point working the body until breaking point. Proper recovery is vital for continued progress and if you work with me as a coaching client, I shall teach you the methods used traditionally and in modern sports science to enhance recovery.

As the methods of developing the sword improved smiths began making more robust blades, making them wider, longer and the new style was perfected in around 1320, by Japan's most famous smith, Masamune. The new style formed the 4th distinctive tradition in sword-making and is known as Soshu-den.

It is a method by which 7 panels of steel are combined. The centre of the blade is made from
malleable softer steel, giving the blade exceptional flexibility. To this a layer of harder steel is
bonded to each side, adding support and strength to the core. The final layer is a very hard steel laminated to the top, bottom, and both sides of the core. This hard layer adds great strength but also brittle steel that can be hardened to a razor sharp edge. Combining these layers of steel, Masamune produced a blade that could keep a razor sharp edge yet maintain a level of flexion and the ability to absorb force that made them near unbreakable. It was the ultimate evolution of the Japanese sword - a technology that is still unrivaled today.

By following the methods of conditioning laid out in this program, you too shall have a body that is strong, flexible and a spirit that unrivaled.

The process of forging a sword is to achieve three distinct goals:

In the same way we look at training the body in this fashion.

The Isometric Kata tanren challenge is to perform the Kata daily (use of dynamic tension between contractions is optional) over the course of 20 weeks build up to 20 repetitions per side. E.g.

By week 20, each posture is done, on each side where appropriate 20 times in succession. This is a LONG, exhausting workout, a major day and then it is followed by a week off. You'll have earned it. I would also STRONGLY encourage you to drink the Training Formula #3: Shi Quan Da Bu Tang (All Inclusive Great Tonifying Decoction) covered in Samurai Strength Volume 1 after each session and throughout the day in order to rebuild your body for the next day's session.

This report is compiled in an Adobe Acrobat PDF file format.   This format is compatible with all computers including Mac and PC.

This website uses cookies to improve your experience while you navigate through the website. Out of these, the cookies that are categorized as necessary are stored on your browser as they are essential for the working of basic functionalities of the website. We also use third-party cookies that help us analyze and understand how you use this website. These cookies will be stored in your browser only with your consent. You also have the option to opt-out of these cookies. But opting out of some of these cookies may affect your browsing experience.
Necessary Always Enabled
Necessary cookies are absolutely essential for the website to function properly. This category only includes cookies that ensures basic functionalities and security features of the website. These cookies do not store any personal information.
Non-necessary
Any cookies that may not be particularly necessary for the website to function and is used specifically to collect user personal data via analytics, ads, other embedded contents are termed as non-necessary cookies. It is mandatory to procure user consent prior to running these cookies on your website.
SAVE & ACCEPT